Showing posts from December, 2015
Show all

The Queen of Traitors Cover Reveal 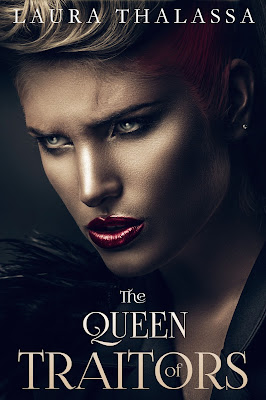 On January 15, 2016,  The Queen of Traitors (The Fallen World #2)  will hit shelves, and today I get to share the cover with you all! Eek! I might love this one even more than the last! I am so excited to share the second book in the trilogy! For those of you who are unfamiliar with the series, you can check out  The Queen of All that Dies , the first book in this NA post-apocalyptic series,  here . Additionally, the final installment of the trilogy will hit shelves in April, so no long wait for the final book in the series! The Queen of Traitors January 15, 2016 They say I am a queen. They say I married a monster. That I did so willingly. They say he cannot die, that he does not age. That together, we rule a ravaged world. They say I used to be one of them, but now I am a traitor.  They say many things, all which I cannot remember, but …  I fear what they say is true. Then there is what they don’t say, what I see in their eyes— The king terrifies them. He cannot be sto
Read more
More posts