By Laura Thalassa February 11, 2014
The Vanishing Girl is coming out in exactly three weeks. For those of you who don’t know much about it, here’s the book’s description: 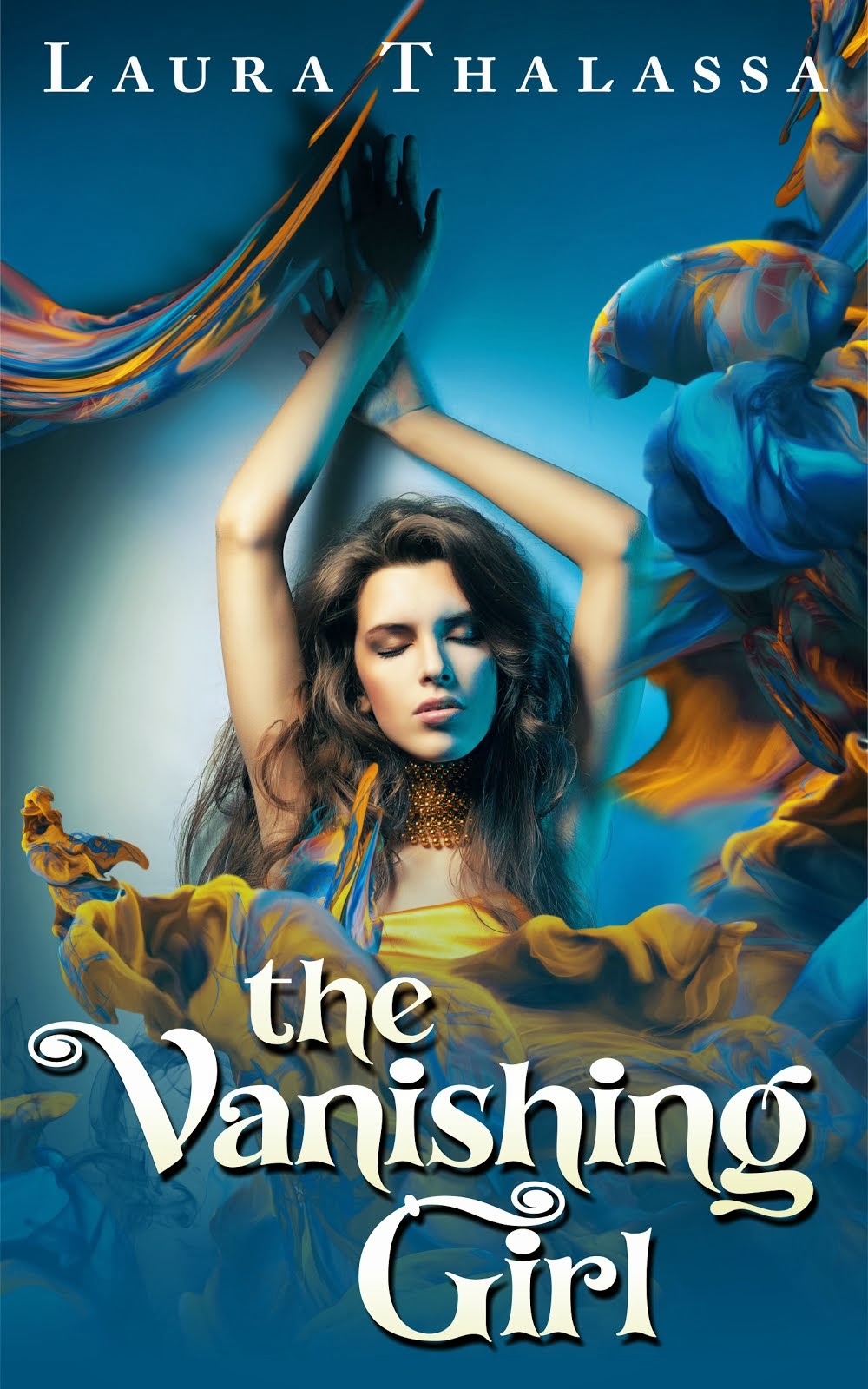 But even as Ember falls for the boy who got her into this mess, she knows that she is running out of time. Because the government has plans for those like her, and those plans might just cost her, her life.


In honor of it’s release, I wanted to share with you all a teaser from the book:

“You know, I’m still angry with you,” I said casually as Caden adjusted my grip.
The seconds ticked by, and I almost thought Caden had missed what I said. Then he walked around me and leaned into my ear. “Only because you finally met someone who’s your match.”
His low voice brought goose bumps to my skin, and the hand that had been positioning my grip now skimmed along my arm. He knew exactly what he did to me.
“You prevented me from escaping,” I said.
He came around to face me. “No, the government did that the moment they made you. I just caught you a bit sooner than they might. But—” He leaned in conspiratorially. “I considered letting you slip through my fingers.”
I scowled at him. “What changed your mind?”
He lowered my arms, never taking his eyes off me. “The moment I saw you …” Something flickered behind Caden’s eyes. “You were real. Up until then you were just a phantom.”
“You talk about me as though you knew about me even before we met,” I said. I shifted my weight uncomfortably.
Caden’s eyes glittered. “That’s because I did. Ember Elizabeth Pierce, born on February twenty-eighth to Lila and Gordon Pierce in Buffalo, New York.”
Caught off guard, I stumbled back at his words. My grip on my paint gun tightened. Paintballs weren’t bullets, but at such close range they could do a whole lot of damage.
As if sensing where my thoughts were going, Caden twisted my wrist back and disarmed me.
“Hey—”
“We all have files, Ember,” he said, emptying the paintball gun of its ammunition and setting the colored balls on the table next to us. “I’ve memorized more than just yours, so you can stop feeling special.”
But mine meant something to him. That much I could tell.
“You were a teleporter who really had disappeared,” he said, getting back on topic. “At least on paper. A trail gone cold.”
I shook my head slightly. He’d known about me, thought about me, before he’d met me. And, judging by his voice and his mannerisms, I mattered to him, though I wasn’t sure why.
“And then the project found you, and I got to see you in the flesh. And now here we are, princess.”
“Can I have my gun back, stalker?”
His lips quirked at the name. “Not yet. You still look like you want to shoot me.”
“Stop that.”
He crossed his arms. “Stop what?” he said, tilting his head. “Reading you?”
I said nothing, which was answer enough.
He leaned in again. “I’m right, aren’t I?” he said, his voice rough.
I pulled away to look at him. “What?”
“It pisses you off that I’m your equal.” God he sounded so smug. And he was right. He’d bested me over and over again. That hadn’t happened in awhile, and it infuriated me.
I stared back at him. “You have me all figured out, don’t you?”
A slow smile spread across his face. “Not even close,” he said, “but I am making headway.”
And damn him, he was.

If you enjoyed that excerpt from The Vanishing Girl, make sure to add it on your Goodreads “to read” list—and make sure to sign up for my mailing list!