Showing posts from July, 2013
Show all

For those of you who’ve read The Unearthly and those of you who haven’t, Goodreads is giving away a single paperback copy of it. The giveaway ends at 12:00 a.m. August 3, which means you have from now until Friday to enter the raffle. Even if you own a digital copy of the book, I encourage you to enter the raffle. I mean, who wouldn’t want a free paperback book shipped to their house? Lastly, please don’t hesitate to find me on Goodreads! It’s wonderful meeting all of you who’ve enjoyed the book, and I get warm fuzzies every time I hear from you all! Hugs, Laura Goodreads Book Giveaway The Unearthly by Laura Thalassa Giveaway ends August 03, 2013. See the giveaway details at Goodreads. Enter to win
Read more

Last Day to Get a FREE Copy of The Unearthly 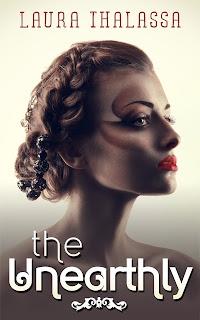 Today, July 26 is the last day to download a free copy of The Unearthly off of Amazon! If you or a friend or family member you know might be interested in owning this YA novel, follow this link ! For those of you who have read the book, keep a look out this week for another post. I know I’ve left most of you hanging about the sequel, The Coveted , and I promise to post more information on it ASAP! Lastly, thank you all for the awesome feedback and heartwarming comments! Your enthusiasm is the best part of my job! Hugs, Laura
Read more

The Unearthly is FREE on Amazon! 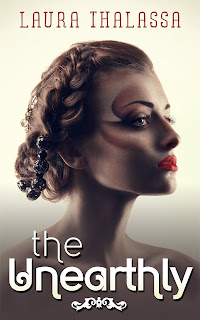 Today is the beginning of a five day long promotion for The Unearthly , a young adult paranormal romance novel. During the next five days, the electronic version of The Unearthly will be free on Amazon for all who are interested. If you or someone you know is interested in receiving a free copy, use this link to check out the book. And for those of you who are interested in knowing a bit more about the book, read on! The Unearthly The first time I was declared dead, I lost my past. The second time, I lost my humanity. Now I’m being hunted, and if I die again, my soul is up for forfeit. After enrolling in Peel Academy, an elite supernatural boarding school on the British Isles, the last of the sirens, Gabrielle Fiori, only wants to fit in. Instead, the elixir meant to awaken her supernatural abilities kills her. When Gabrielle wakes up in the morgue twelve hours later, something wicked is awakened in her, something even the supernatural community has never seen b
Read more

The Unearthly Will be Free Starting July 24

Starting on July 24 the Kindle version of The Unearthly will be free on Amazon! If you want a free copy or have a friend or family member you think might be interested, make sure to mark your calendar since it will only be free until July 28.  For those of you who’ve read The Unearthly, the greatest compliment you can give me is writing a review on Amazon. Also, don’t be a stranger—I’d love to hear your feedback!  Hugs, Laura
Read more

Starting tomorrow,  The Unearthly  will be listed as a Goodreads giveaway. If you’re interested in receiving a free copy, check out the link below! Goodreads Book Giveaway The Unearthly by Laura Thalassa Giveaway ends August 03, 2013. See the giveaway details at Goodreads. Enter to win
Read more
More posts